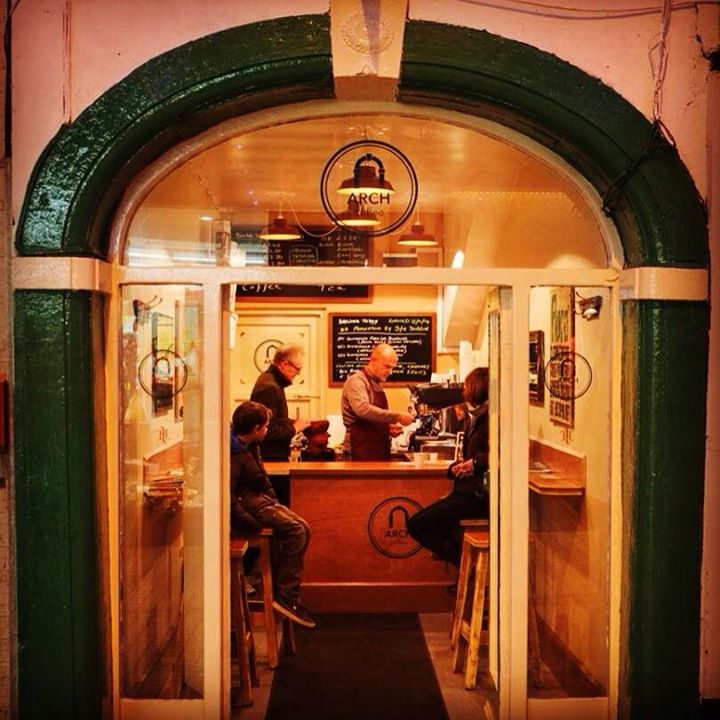 Welcome to our blog, where we hope to take you along on our coffee journey!
The only possible way to open our first blog is to say a huge thank you to everyone who has pitched in over the past few weeks. The quest to get those doors open required the calling in of a few favours, and many more are now owed. To each and everyone of you – a heartfelt thank you.
We finally got to swap our toolboxes for knock boxes around 3pm on Thursday 7th November, the dreariest of November afternoons, and so began our coffee adventure. We’ve been open for two weeks now with a simple ethos – it’s all about the coffee – and we’re delighted to say we’re making great coffee, and having lots of fun.
So how did we get here? It’s quite simple really, no masterful business plan, and certainly not a desire to make a quick buck. We’re coffee geeks, and we wanted to do something special. Find the best coffee available, make it as good as it can be, and share its story. When it came to finding the best coffee, there was only one place to go  – 3FE. The Dublin based cafe and roastery, headed by multiple Irish Barista Champion Colin Harmon, have blazed a trail for specialty coffee in Ireland and we knew from our first contact with them that we would look no further.
And so, our coffee heroes became our coffee partners, and we were off to the best possible start. From the day we first met with Yann and Juan, we crossed a line between making a decent cup of coffee and science. Instead of dealing with spoons, scoops and splashes, we were now suddenly dealing with hundreds of seconds and tenths of grams and degrees.
This more scientific approach to pulling a shot of espresso brings two things; constant challenges for the barista, and a better cup of coffee. As renowned barista Nicholas Cho recently said on Twitter “exploring espresso is like a giant, unwieldy game of Sudoku”. From the time you begin to “dial in” the machines in the morning, you never stop testing, tasting, weighing, timing, and tweaking – all in the pursuit of the perfect shot of espresso and a happy recipient.
We will delve further into our coffee making process in future posts but we’ll start at the start – our incredible raw ingredient, the coffee itself.
THE ORIGINS & EVOLUTION OF COFFEE
Coffee seeds, or beans as they are most often referred to as, are the seeds of berries on evergreen shrubs of the Coffea genus. There are two species; Arabica, and Canephora (also known as Robusta). Canephora is more resistant to disease and can be cultivated at lower altitudes, but is bitter and lacks flavour compared to Arabica. Therefore in specialty coffee you generally deal in the Arabica species.
Within this species there are many different varieties, all of which originated in South Western Ethiopia. From its origins there, it spread to Yemen and then Java, where the Dutch cultivated plants stolen from Yemen. Then came the defining moment in the development and cultivation of the Arabica coffee we drink today. In 1714, the Mayor of Amsterdam gave the gift of a coffee seedling to King Louis XIV of France. This cutting became known as the Noble Tree. It was from here that coffee spread through Martinique in the Carribean all through Latin America, and Bourbon in the Indian Ocean.
This Noble Tree is the genetic parent of the few dozen varieties that exist in the ‘New World’ of coffee. This is often referred to as a “narrowing of species”, where so many varieties originated from the same plant. In Ethopia however, thousands of varieties continue to prosper, mostly unknown and undocumented.
Each variety can be distinguished by subtle genetic differences such as berry colour, leaf shape and size, plant colour or height etc. Then of course they’ve all got different taste profiles – that’s for another day.
Hopefully this gives you a gentle intro into the exciting world of coffee. In our next post we will tackle different varieties and processing methods. In the meantime please join us on Instagram @arch_coffee, Twitter @arch_coffee, and Facebook @ /archcoffee
Neil & George.
Standard